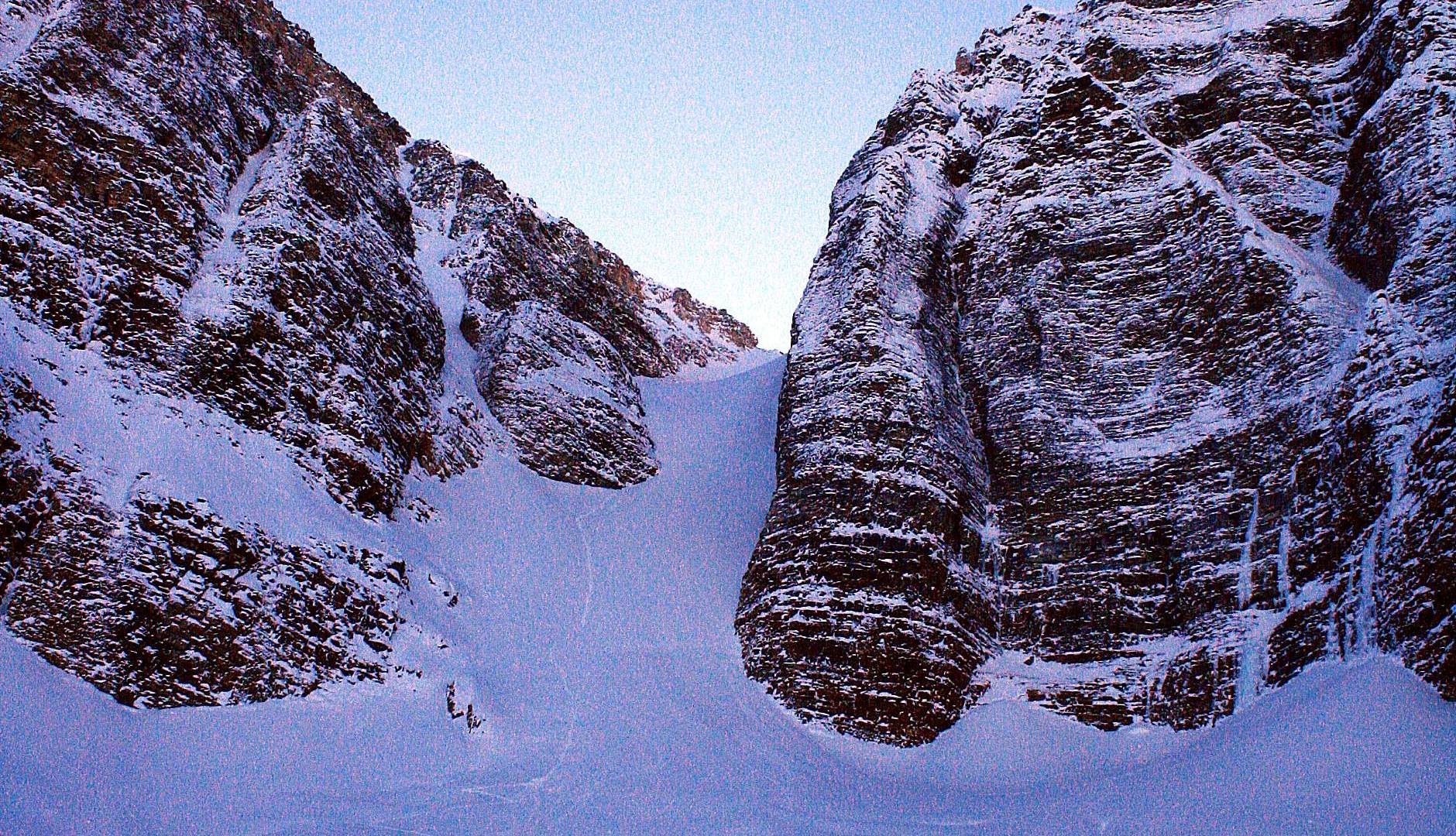 Via Taylor Lake. Great day, would be even better in the spring!

A couloir coming down Mount Bell’s north face. Note that most maps show this are as not glaciated; however, there is, indeed, a glacier with several open crevasses (picture below). Be prepared! 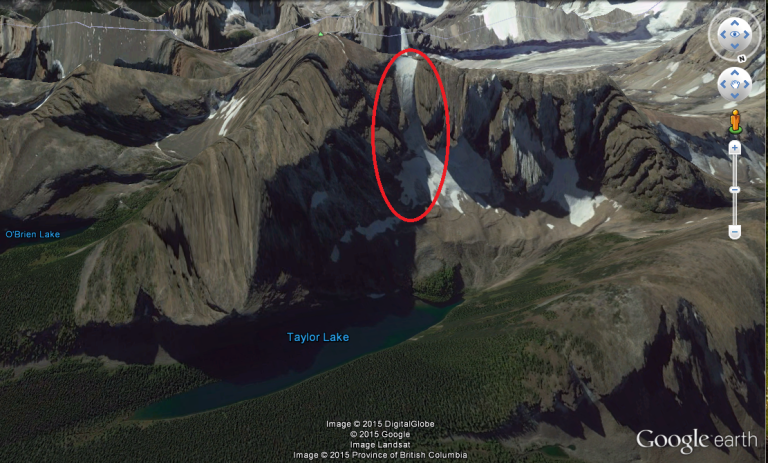 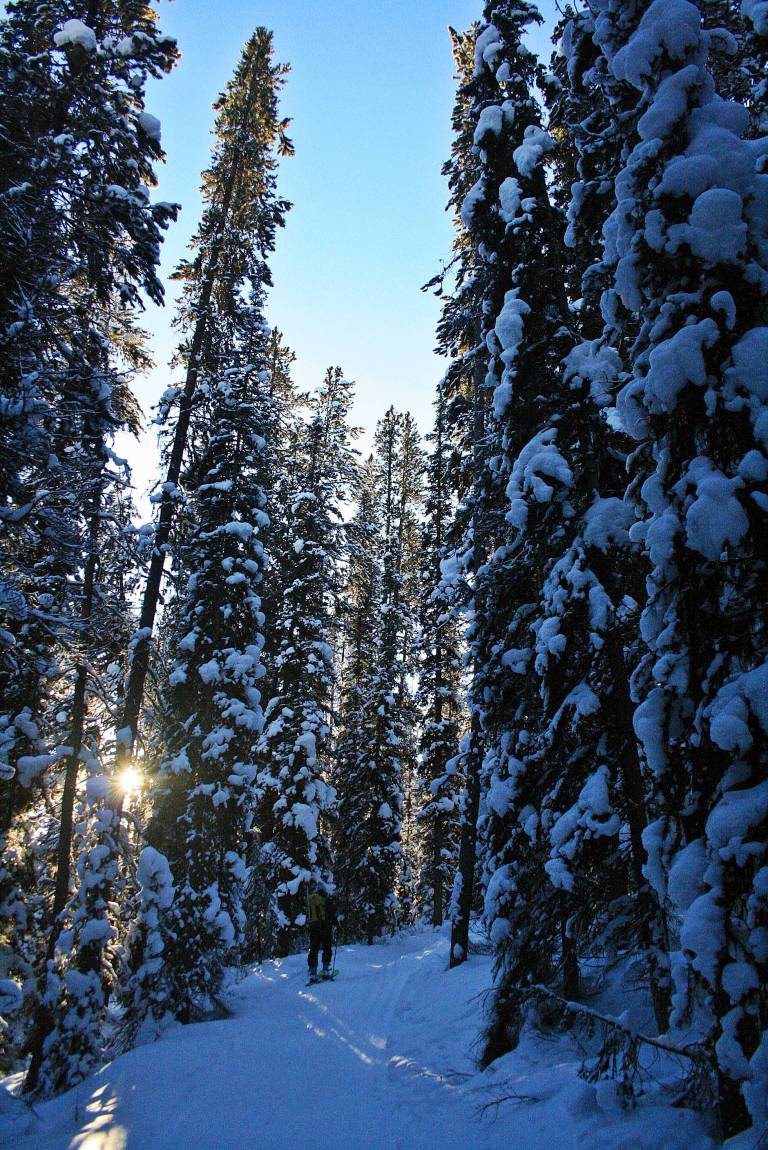 The route begins up a slightly boring skin up to Taylor Lake along the summer hiking trail. Approx 6 kms to Taylor Lake, or ~2 hours up (30 mins down). Cold, but beautiful morning, though! 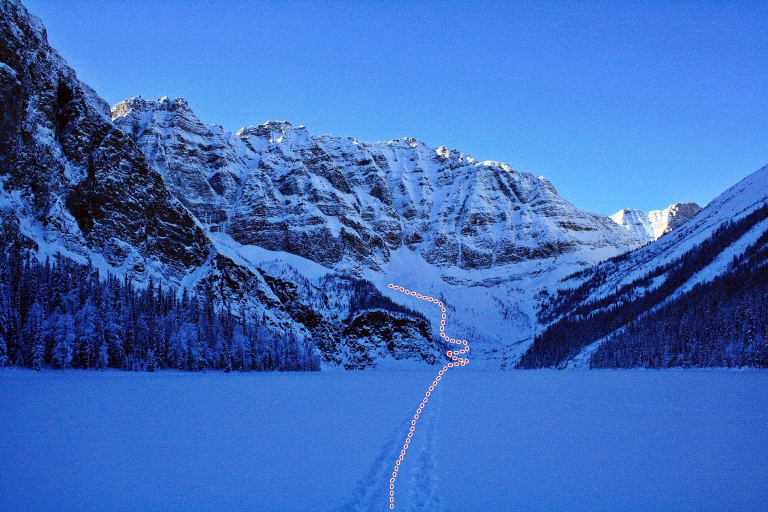 Reaching Taylor Lake, with approximate route in red above. Mount Bell Couloir is hidden out of view to the left. The headwall at the end of lake was fairly steep and sporty!

Reaching the base of the couloir. Notice the open crevasses to the looker’s right, despite most topographic maps not showing any glaciation. Bring appropriate gear! Mount Bell to the left. 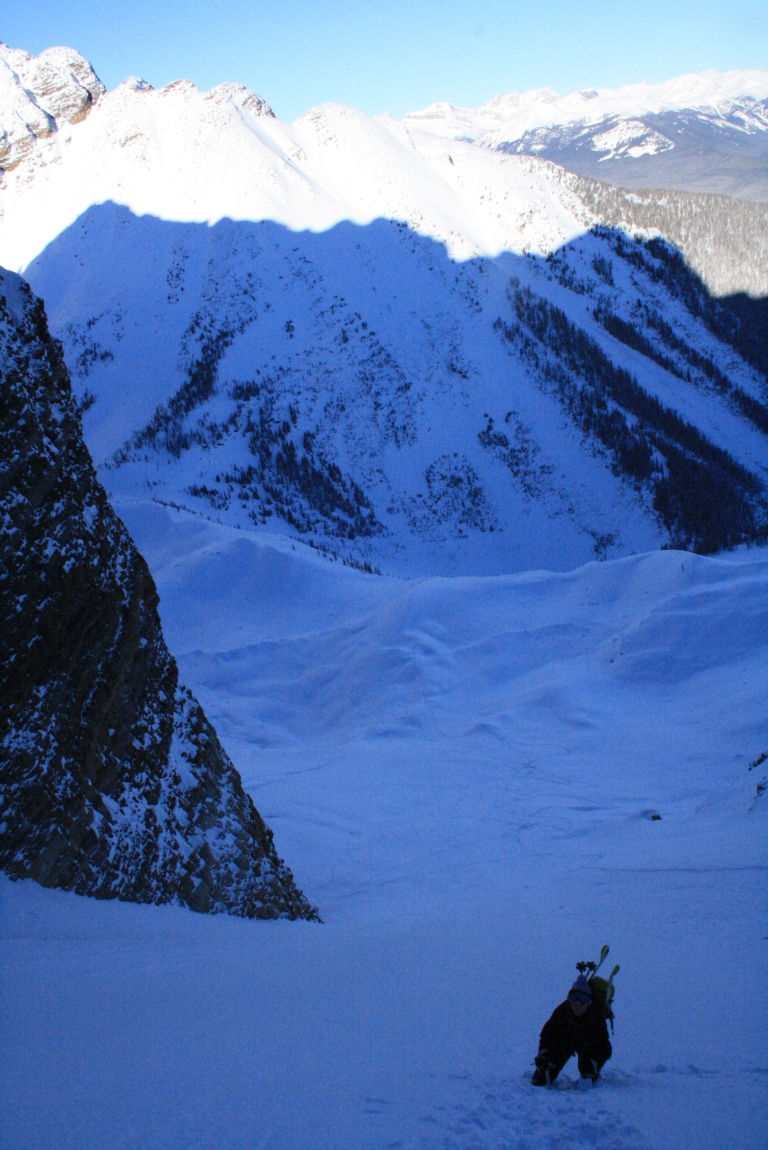 Boot packing with Panorama Ridge behind. The North facing couloir does not get a heck of a lot of light. Snow in the couloir was relatively good for skiing. Climbing was slow going.

Snow got substantially thinner as we got higher. Initial readings in the bottom third of couloir yielded a 160cm snowpack, but quickly became less than 30 cms on the steepest portion. Ice underneath. Decision to turnaround was made here. Slope angle approaching 50 degrees here.

Jenny getting some great turns back down to Taylor Lake. Fantastic ski quality down this slope! Castle Mountain illuminated behind.

Actual route in blue above, returned same way. Optional top-out of couloir and ascent of Mount Bell in red, if conditions permit!

Times and distances are round-trip.

One Reply to “Mount Bell Couloir **”