Via Plain of Six and Lefroy Glacier. A great ski mountaineering adventure that holds snow most months of the year.

The trip begins by skinning or walking to the back of the lake, depending on the time of year.

Once past the lake, continue along Plain of Six Glaciers trail. Luckily there was enough snow in October to put the skins on at this point! Surprise Pass exit shown above.

Once out of the trees, branch left and continue up the Plain of Six creek, aiming towards a large moraine below Lefroy. The moraine would be our first crux of the day. We decided to ascend the moraine using a prominent gully, shown above. Our descent was skiers’ right of the gully as it held more snow at this time of year.

Ascending the tight gully up the moraine to access Lefroy Glacier. I bootpacked this section.

Made it to Lefroy Glacier with the fog beginning to dissipate! It is best to trend climber’s right after ascending the moraine in order to avoid large crevasses and ice shelves at the toe of the Glacier.

Finally breaking above the clouds and looking towards Lefroy’s giant east face and hanging serac. Our objective is exactly where the sun is in the above picture.

Almost at the base of the slope leading to the col between the Mitre and Aberdeen. We traversed along the bottom of the wall on the left to avoid open crevasses, where the slide debris created a strong bridge. A bergschrund must be crossed at the start of the slope, which, luckily, was also covered by slide debris.

Looking back towards Lefroy Glacier before beginning our ascent up the col. Note the large sags that we had to avoid. 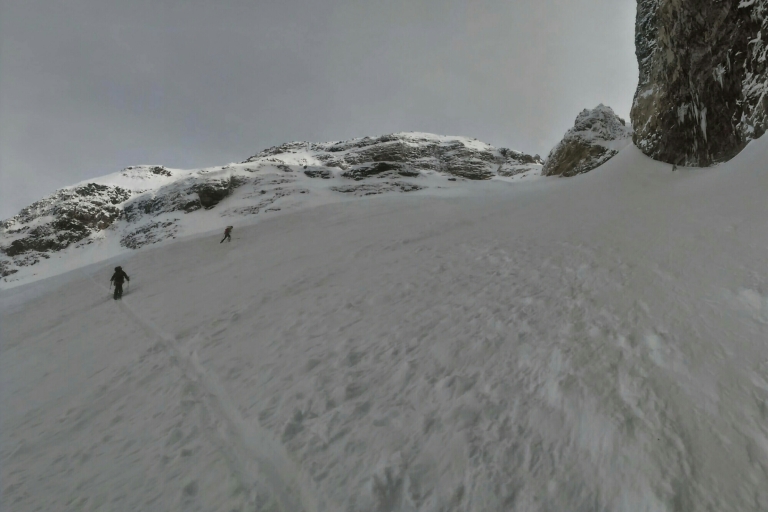 Beginning our ascent. Snow was beautiful and supportive! We were able to skin almost to the very top of the col. Do not go too far climber’s left as a small slough would send you over cliffs. An optional chute can be skied on the climber’s right. We chose to continue climber’s left.

Almost at the top! We stopped just shy of the very top as it was guarded by a cornice and poor snow.

An excellent ski down a 40 degree slope. Not bad for October! 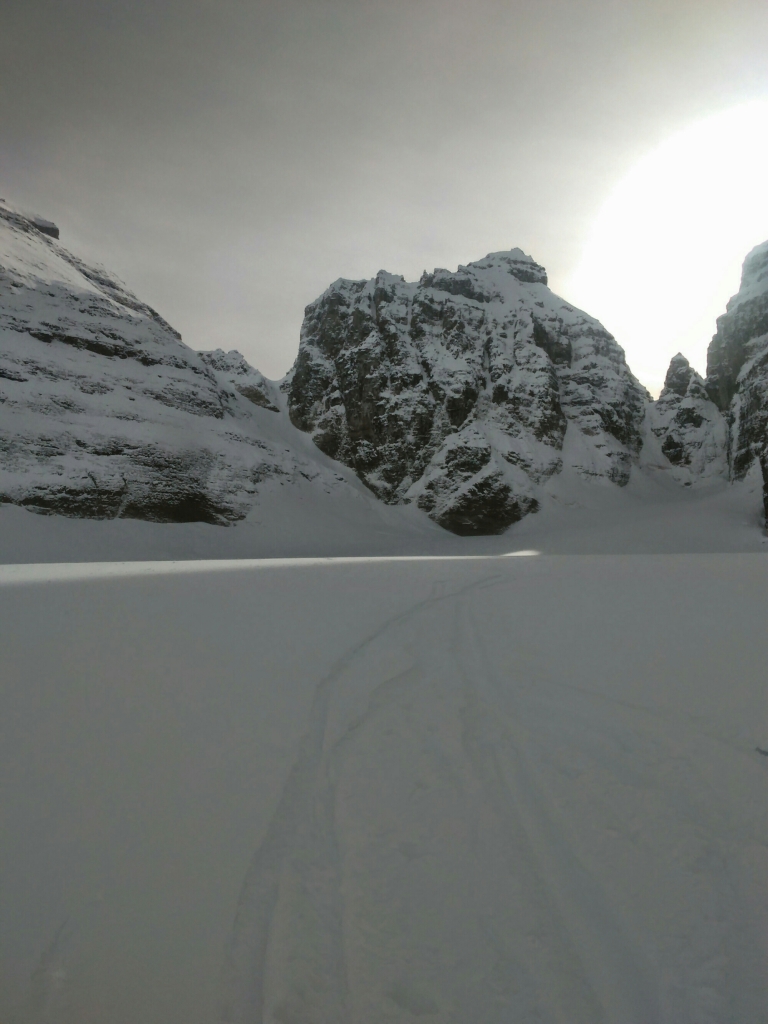 Looking back at the Mitre from Lefroy Glacier after our ski down.

Time and distance is round trip.