Via Verboten/Gorby mountain bike trails from Island Lake Lodge road. A short tour into a bowl that holds a bunch of snow for making turns. 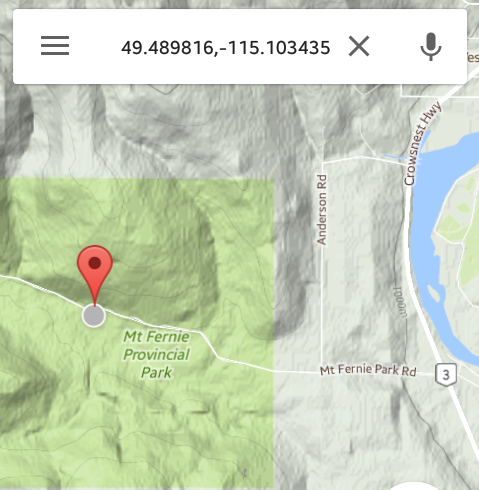 Park along the road towards Island Lake Lodge at the bridge where the Gorby and Verboten mountain bike trails begin (GPS coord above).

The route begins up the Gorby mountain bike trail. Cross the bridge and continue along Gorby until you see the trail fork for Verboten. Verboten makes for a faster, more direct approach, whereas Gorby will provide an open double-track for descent.

Skinning up Verboten, a well-travelled trail used by skiers and snowshoers. 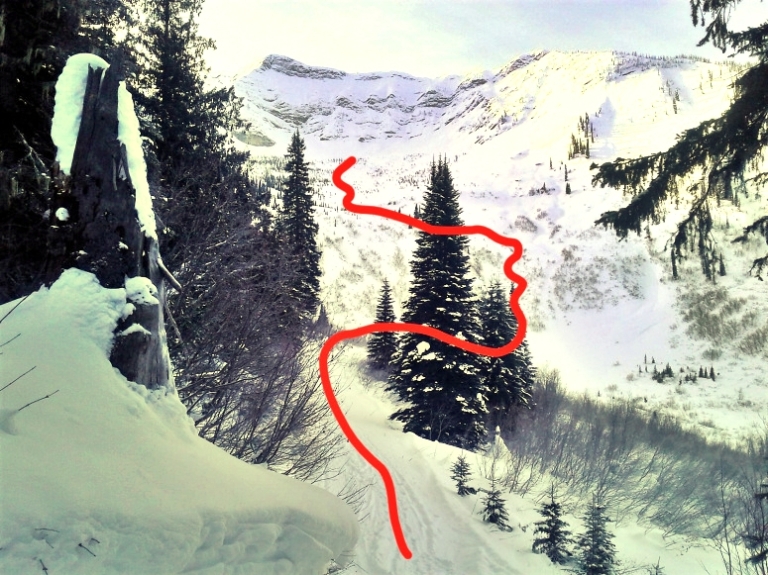 At the top of Verboten, you will come across an access road. Turn right and follow the access road until you are greeted with a view up Fish Bowl, above. We used a rib covered in alder to gain the bench and reach the upper bowl. Our approximate ascent route is shown above in red.

A closer look at the ascent into Fish Bowl. Our ascent route is in red above. The yellow route up 2000 was popular this day with a skin track already set up the ridge on the looker’s right up 2000 Peak; though, there are safer ascents even further right. The green arrow on the looker’s left is where Fish Bowl can be accessed via Fernie Alpine Resort (Snake Ridge), which is the easiest approach if you shell out for a pass.

Skinning up Fish Bowl with some cool terrain off 2000. Snow quality was really nice here in the trees, but more wind-affected higher up.

Almost reaching the top of Fish Bowl above, with more skiable terrain on the left (accessed through FAR). Ski quality deteriorated as we skinned higher into Fish Bowl due to avalanche debris coming off the headwall. 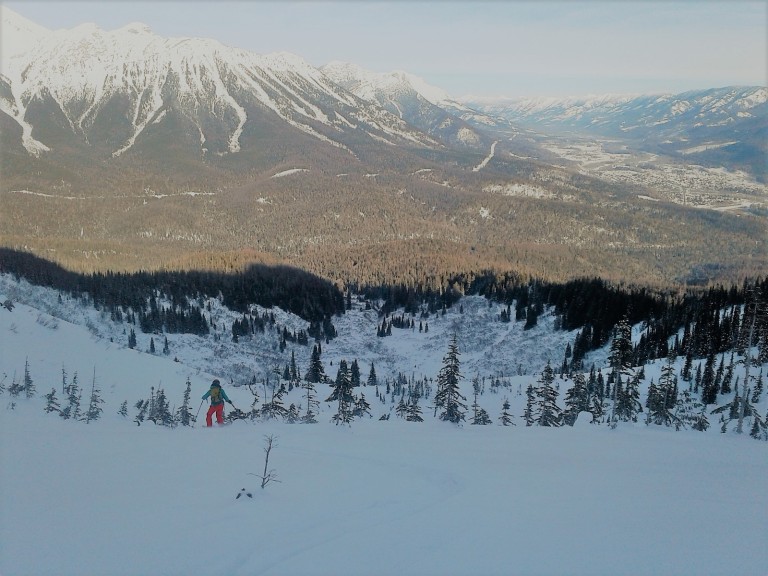 A fun ski down!

Actual GPS route shown above in blue. V is the Verboten trail (which we ascended), G is Gorby (which we descended), and C is Cedar Bowl in FAR.

Times and distances are round trip.